What to do during a swarm

Are They Honey Bees? 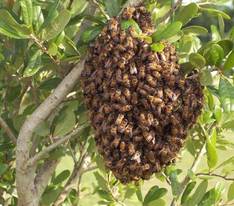 Before taking any action, it is important to correctly identify the type of bee in the swarm. Typically, a swarm that is hanging from an object will be a honey bee swarm. Common places for a swarm to form are on park benches, tree branches, or on the sides of buildings or houses. Honey bees and yellow jacket wasps can look similar when in a swarm; it is important to be sure that what you have are honey bees before calling a beekeeper.

​Please refer to the image below: 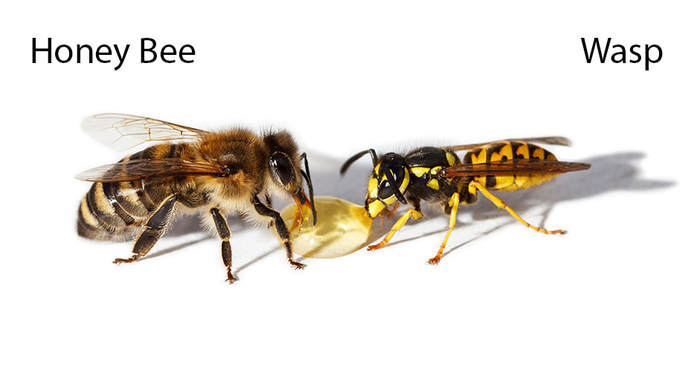 Honeybees are many colors but usually amber or brown striped with black. Look carefully at the photos and you’ll see the honeybees are hairy or furry. The wings are rounder and about the same length as their bodies. They do not have a pinched waist and their face is not as evil looking. Their body structure may resemble that of a fly rather than a wasp.​

Yellowjacket wasps are yellow, often bright yellow. They have a pinched waist between the abdomen and the thorax. Their faces are distinctive with bright yellow markings. They are bald. Their wings are more pointed than those of honeybees, and longer than their bodies.

Use these features as a reference to determine what kind of swarm you have.

Actions to take in the event of a swarm

Swarming is a natural process during the development of a honey bee colony. Swarming usually occurs in late spring to early summer, during warmer times of the day. Honey bees swarm as a method of propagation, and is usually a response to the queen leaving a colony. When the old queen leaves the colony, any number from hundreds, to tens of thousands of worker bees will follow. This number usually amounts to about 60% of the current hive. It is important to realize that honey bee swarms are usually not dangerous, the bees feed before swarming making them less likely to sting. As long as the swarm is not aggravated, you do not need to fear a honey bee swarm. After you are sure that this is, in fact, a honey bee swarm, you can call a beekeeper to come take care of the swarm. DO NOT spray the bees or call an exterminator, as beekeepers will not remove any honey bees that have been chemically sprayed or otherwise harmed.